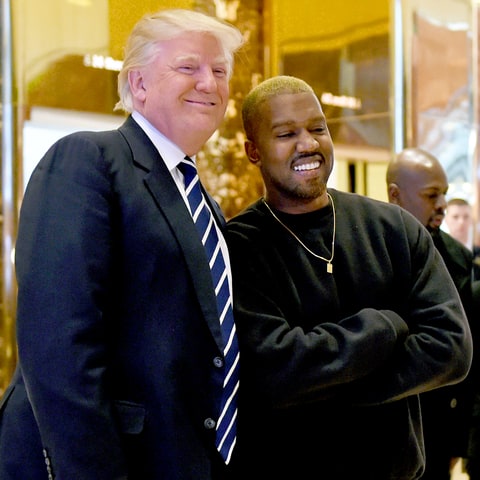 Celebrities everywhere were shocked when producer and songwriter Kanye West declared his love for President Donald J. Trump. Should the music artist be receiving so much backlash for his decision?
“The mob can’t make me not love him. He is my brother.”-Kanye West
Kanye West, well known for his music production and rapping, declared his allegiance to the Trump presidency. On April 25, 2018, he addressed the media. “You don’t have to agree with Trump, but the mob can’t make me not love him. We are both dragon energy. He is my brother. I love everyone. I don’t agree with everything anyone does. That’s what makes us individuals. And we have the right to independent thought.” (Source: Twitter)

The President Trump responded to the unexpected praise; “Kanye West has performed a great service to the Black Community. Big things are happening and eyes are being opened for the first time in decades. Legacy stuff!” (Source: Twitter)

As many of us know, Kanye is not one to stray from the spotlight of controversy. But he also is fond of ranting about his personal opinions via social media. He was hospitalized less than a year ago for a mental health breakdown relating to his exhaustion and lack of sleep. He then proceeded to take to Twitter his own feelings and problems. That was in 2016. In 2018 is this something we should take seriously, or is the media just overreacting about a simple view in politics?

Says Fox News writer Joe Coscarelli, “The pure entertainment value in watching a onetime liberal hero, even a controversial one, be declared a heretic.” (Fox News)

Chance the Rapper, a frequent music collaborator of West took a similar opinion and put it on twitter; “Black people don’t have to be democrats,” which received a thank you from President Trump. He defends his former producer saying, “It’s not my job to defend or protect him, but rather pick up the phone and talk to him about it.” (Source: Twitter)
“The entertainment value in watching a liberal hero, be declared a heretic…”-Joe Coscarelli
The position taken by Chance can be met with less scrutiny than the one taken by John Legend, who texted Kanye the night of the tweetstorm. West unloaded on Legend saying, “You bringing up my fans or my legacy is a tactic based on fear used to manipulate my free thought.” (Source: Twitter)

The liberal media is offering an excuse to the Hall Of Fame rappers tweets, saying it was a symptom of his mental health issues.

What many people miss is that this is what the media wanted all along. Entitlement to personal opinions.

The liberal media continually encourages that people share their own opinions and that they have the right to express themselves without remorse or a second thought.

Unless it doesn’t go against their own agenda.