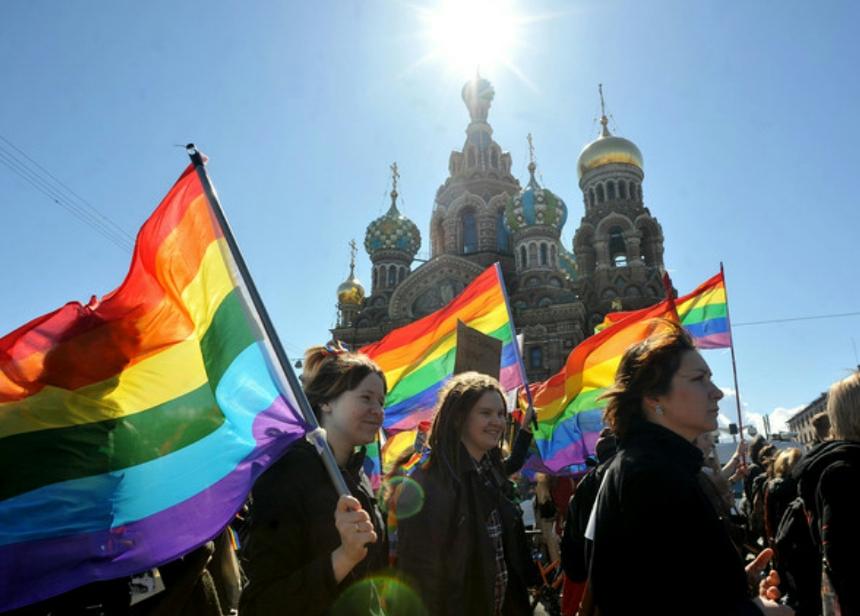 With the Olympics drawing more and more attention to Russia and its policies, the country’s anti-gay laws have caused many people and companies to speak out.

One of the commercials for the Winter Olympics shows a re-enacted sport with the phrase, “The Olympics have always been a little gay. Let’s fight to keep them that way,” created by the Canadian Institute of Diversity and Inclusion. The purpose of the ad was to send a message “the need for equality,” according to the  interview between the institute’s founder and the Los Angeles Times. It also calls to mind the multiple fines placed on Russia’s lesbian, gay, bi-sexual or transgender (LGBT) people.

On the first day of the Winter Olympics, Google played a passive-aggressive game with their “Google doodle.” Usually, the world’s largest search engine will support a different logo for an important event or date. It most often includes their own color scheme. However, the background of each letter featured a different color, creating a rainbow effect, which is the adopted icon for the gay rights movement.

This, paired with the quote from the Olympic Charter that states all athletes have the right to practice their sport, has called into question whether or not it was simply a coincidence, or if Google is making a statement.

Celebrities have been speaking out against these laws for a while. Tilda Swinton took initiative last year by holding a rainbow flag in front of the Moscow Kremlin. Her actions, along with others, helps to support Russia’s LGBT populaton while more and more “anti gay” laws are being passed.

The Russian president Vladimir Putin signed a law that also affects those outside his country. Now, it is illegal for same-sex couples in foreign countries to adopt children from Russia.

The online community has also started to take notice. One website in particular, called “To Russia With Love,” is a campaign designed to show Russia exactly how many people disagree with some of their policies. You only need to give them your age, gender and country to sign the campaign. Afterwards, it colors in a map of Russia using rainbow colors. Once you add the information, it colors in a dot for you and tells you who else “colored” next to you.

While there are multiple websites with similar ideas, torussiawithlove.no has collected 272,905 supporters. In terms of supporters per country, the United States leads with 81,274 supporters, followed by Norway with 26,277 and the United Kingdom with 21,556 supporters. Because of the website’s popularity, Russia has been “colored in” nine times, meaning enough dots were added to completely cover the country, causing the map to reset. As more people came to the website, this process was repeated over and over again.