The life and music of Tom Petty 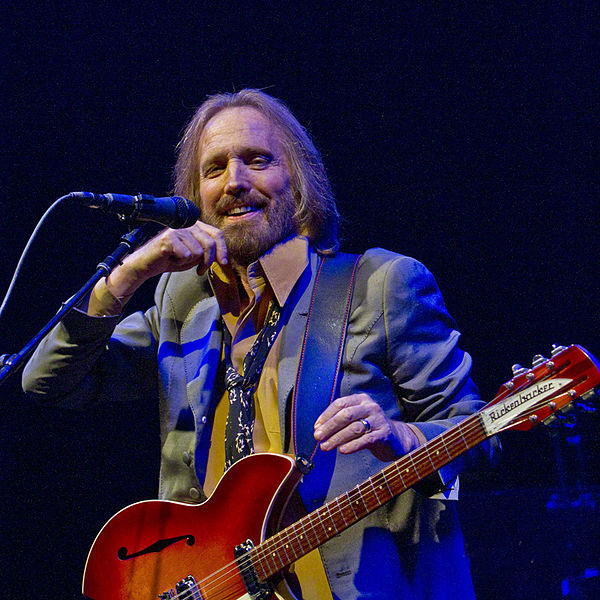 The early years of Tom Petty’s life may have been difficult, but he got through them and created beautiful music afterward.  His music accomplished many things, and received various music awards.

Petty was born in 1950 and although he had a good relationship with his mother and brother, he was in an abusive relationship with his father.  His father was not only verbally abusive to Petty, he was also physically abusive.  Petty’s escape from his father was through his love of music.  Petty dropped out of high school at the age of 17 and went on to join a band called Mudcrutch.  He soon married his girlfriend Jane Benyo and together they had two girls.  The band broke up after their one single didn’t become a hit.  The label however, later sought Petty’s voice and offered him a solo contract.

Eventually, Petty reconnected with his former band, Mudcrutch, and signed a deal with Shelter Records to be Tom Petty and the Heartbreakers.  After many of their songs failed to reach the top of the charts, the band wrote a song named, “The Waiting”, leaving the group with a number 1 single.  Tom Petty and the Heartbreakers soon collaborated with producers such as Robbie Roberston, Jimmy Lovine, etc.  Even though Petty produced a few solo albums himself, he always stayed true to his band.  In 1996, Petty and his wife divorced after 22 years of marriage.  This began a difficult time for Petty, during which he developed a heroin addiction, but Petty continued to make and sell music with his band.

In 2002, according to Biography.com, Petty discontinued his heroin use and married a woman name Dana York.  The same year, Tom Petty and the Heartbreakers were inducted into the Rock and Roll Hall of Fame.  Three years later, in 2005, Tom Petty and the Heartbreakers won the Billboard Century Award.  The band reunited one year later to perform in the halftime show for Super Bowl XLII.

Petty and the Heartbreakers preformed one last time while they were on tour this September.  The band sold over 80 million records worldwide, and three solo albums were released by Petty himself.  During his years as a musician, Petty supported many different charities.  According to Look to The Stars.com, a few charities he supported include Midnight Mission, Rock the Earth and the Fender Music Foundation.  These charities support underprivileged men and women, protect natural resources, and donate instruments to education programs that can’t afford them.  At the age of 66, Tom Petty died on October 2, 2017 at his home in Malibu of cardiac arrest.