How owning a snake changed one girl’s life forever 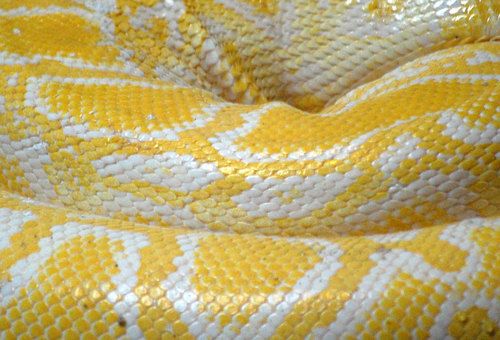 Fellow Seneca Valley student Angelina Dragovits sits down for a one-on-one interview to discuss how becoming a snake owner has changed her life forever. The good, the bad, and the chaos of it all.

Angelina’s snake can be described as light yellow with spontaneously placed beige spots all over him. He is currently around 18 inches in length and is expected to grow up to an astounding five feet long. He was given the Italian name Enzo and is kept in a 2 by 2 foot vivarium with a red light and green leaves throughout the cage.

As he slithers around in his extremely well-kept cage, I sit down at a table sitting face to face with Angelina, as I begin to explain why I chose her for the interview. As an outsider who doesn’t extremely fancy snakes, I tell her that a lot of people don’t fully understand why someone would get a snake as a house pet. The goal is to find out why she is so fascinated with them. With that in mind, I cut right to the chase and immediately asked her why she wanted to own a snake in the first place. “Well I really wanted a low maintenance animal that’s visually pleasing,” Angelina answers in a quick and assertive manor.

I then move on to ask about her past relationships with all of the many pets that she has, wondering how she goes from dogs to snakes. “Throughout my life I have had around three cats, two bunnies, four birds, 3 fish, 3 dogs, and now a snake. My relationships with them were awesome, as most of them have lived super long lives. I love all my animals and my love is what motivated me to become a vegetarian,” Angelina utters while taking out her newest edition to caress during the interview.

My next question is what attracts her to get the pets that she gets, such as dogs, birds, and now snakes. For dogs, it’s because they give a lot of love. With birds, it’s because of how playful, beautiful, and pleasing their chirps are, and with snakes, she reiterates her claims of their visual aesthetic and low preservation.

I go on to ask her to reveal the best qualities and worst qualities of owning a snake, and her answer is rather surprising. “Well the only annoying thing that’s close to becoming a bad quality is that almost all of my friends are scared of them, as well as have misconceptions about them in general,” Angelina blurts just as Enzo begins to slither toward the cage, asking to be put back in. The second part of the question remained unanswered however can be presumed she’d just reiterate her already stated loving qualities with the pet.

I move the interview along by asking what bad behaviors her snake, Enzo, had conveyed since adoption. Angelina goes on to point out that it’s another misconception about how harsh they are to new owners however they are usually quiet and “docile,” while her pet hasn’t begun to do this, other snake pets “can possibly exude violence to their owners.”

As I begin to conclude my interview, I decide to focus my last two questions on advice for other people, as many people wonder what it’s like to have one actually live with you. I ask if she has any advice for the readers looking to become snake owners one day. Want a snake? Well make sure you do the proper research, are able to gently handle them, know exactly what you want in a pet, and if you’re completely willing to invest the time and money into one, Angelia says.