The Seneca Valley Arrowhead • May 3, 2018 • http://svarrowhead.svsd.net/school-news/2018/05/03/seneca-valley-high-school-successfully-genetically-modified-bacteria/ 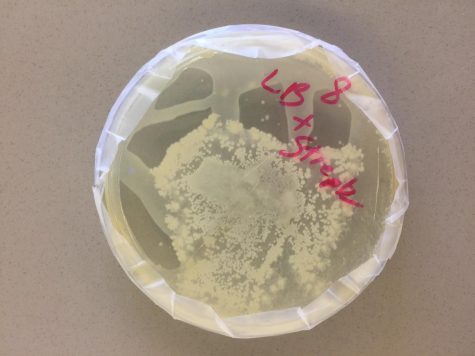 The result of the genetic engineered bacteria. It started as one, and then grew rapidly in population. 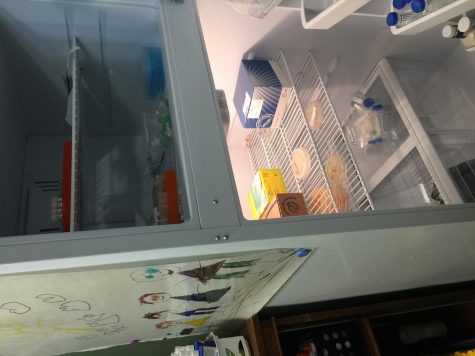 Bacteria was being stored in a refrigerator, along with other test experiments. 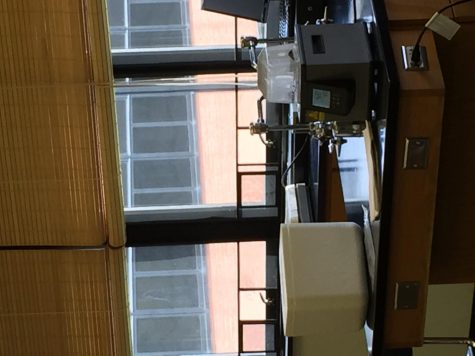 water temperature. They are need for the process of genetic engineering bacteria.

On April 17th through April 19th, ninth grade students from Seneca Valley Intermediate High School, specifically the biology room 208, has successfully accomplished their ultimate goal of genetically increasing the population of a harmless bacteria in a petri dish using Cas9, or CRISPAR-Cas9. Cas9 is an engineering design method that is considered the change of the future for both health and scientific purposes. Stated by the site of www.yourgenome.org, Cas9 is used to add, cut, or alter part of a DNA sequence to change the genome. The purpose of the whole experiment is to show how this cas9 actually do its job and gain some experiences of hands-on lab, like what a professional scientist. Although the procedures were not necessarily hard, it is considered difficult because a single mistake in the steps will cause failure in this unique experiment. The science teacher, Mr.Lavelle, first demonstrated the procedures in front of the class before separating each class into six groups with around four to five members. Students were given a procedure sheet and needed materials. The whole class shared a cooler and a bath water machine (part of the steps in the experiment). Students were very focused and observant; engaged into many scientific conversation that could be heard throughout the room. In the end, from all the classes, around four or five groups were able to complete it without any mistakes. Afterward, the petri dishes of bacteria were being stored in a refrigerator, along with other pervious test experiments. The result came in after a few days since the population needed time to increase. Considering this a very difficult lab, such a small number of group’s succession is already amazing. Stated by Mr.Lavelle, Seneca was one of the only few that does this kind of lab in Pennsylvania and students here has learned a lot from it.