Penguins struggle early in the season 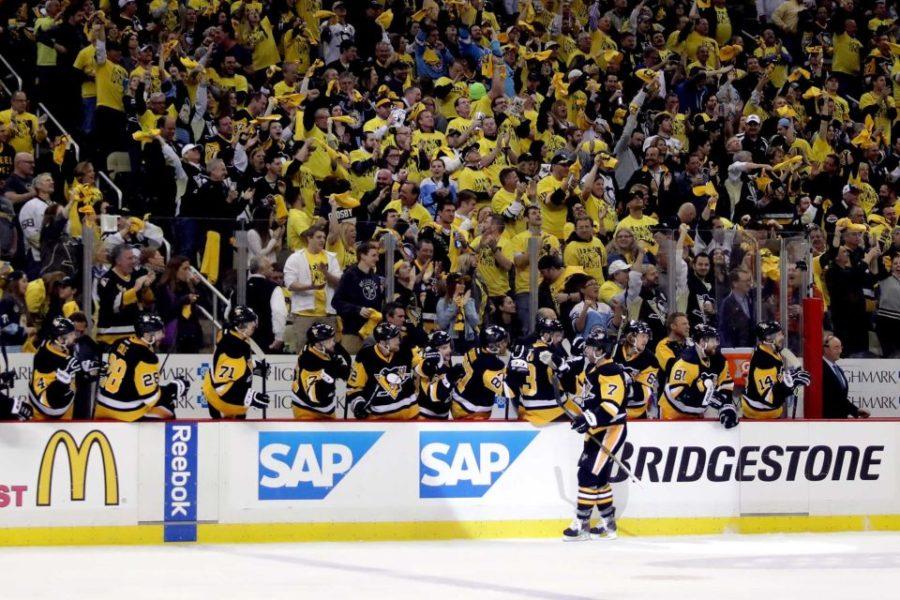 The Pittsburgh Penguins headed into this season as the defending, back-to-back, Stanley Cup Champions with high expectations. With a roster full of offense and stellar goaltending, a three-peat was definitely a possibility, but following a surprising early season struggle, the Penguins are 9th in the league standings.

The Penguins kicked off the regular season with their banner raising ceremony at PPG Paints Arena and a 5-4 loss to the St. Louis Blues. The team looked good against the Blues and dragged the game into overtime where they would eventually lose. The Penguins then flew to Chicago late that night to play the Blackhawks the following evening. When the Penguins and Blackhawks play it is usually a big deal, as both teams have won three Stanley Cups since 2009. This game was being hyped up as one of the better games to be played early on in the regular season, but that was soon to change.

The Penguins were playing their second of back-to-back games and came out of the gate flat. The Blackhawks pounced on the opportunities they were handed and scored four goals in the first ten minutes on Penguins backup goaltender at the time, Antti Niemi. The bleeding would not stop there, as the Penguins were only able to score once while giving up six more goals with Matt Murray in net.

The Penguins have been handed what is widely regarded as one of the hardest schedules to begin a season with. They have played three back-to-backs in the first month of the season, and all of them have been against teams in the top half of the standings. In each of these scenarios, they have lost the second game all three times, two of them being blowouts (10-1 L vs. CHI and 7-1 L vs. TB). Some of these struggles can obviously be put on the shoulders of the Penguins goaltending tandem, which has since been altered as Antti Niemi was waived by the Penguins and sent to the Florida Panthers. This has left room now for the Penguins to call up young goaltenders Casey DeSmith and Tristan Jarry to fill the backup positon behind Matt Murray moving forward.

The problems don’t end with just their goaltending situation, as some of their top players have been underperforming. Justin Schultz has managed 3 points in 10 games, one year removed from a 51-point season. Speedy Carl Hagelin has only registered 2 points through 13 games and fellow swede, Patric Hornqvist, has just 6 points in 11 games while playing alongside Crosby. The Penguins top players, Sidney Crosby, Evgeni Malkin, Kris Letang, and Phil Kessel have all contributed immensely to start the season.

With these hardships evident so early in the season, the Penguins have still managed to find themselves in 9th place in the NHL’s standings and 4th in their division as of October 31st. Looking forward, the Pens have already made moves they felt were necessary in helping them become a better team. They have acquired forward Riley Sheahan and called up goaltender Tristan Jarry to shore up some holes in their otherwise star-studded lineup.

The Penguins have not yet hit the panic button on this campaign, as they are still above .500 and in the top half of the league’s standings. Coming into this season, the team obviously had very high expectations of themselves and so, did their fans. There is still lots of time left in the regular season to push towards a playoff spot, and that’s exactly what they want to do as they are looking for the Stanley Cup three-peat.