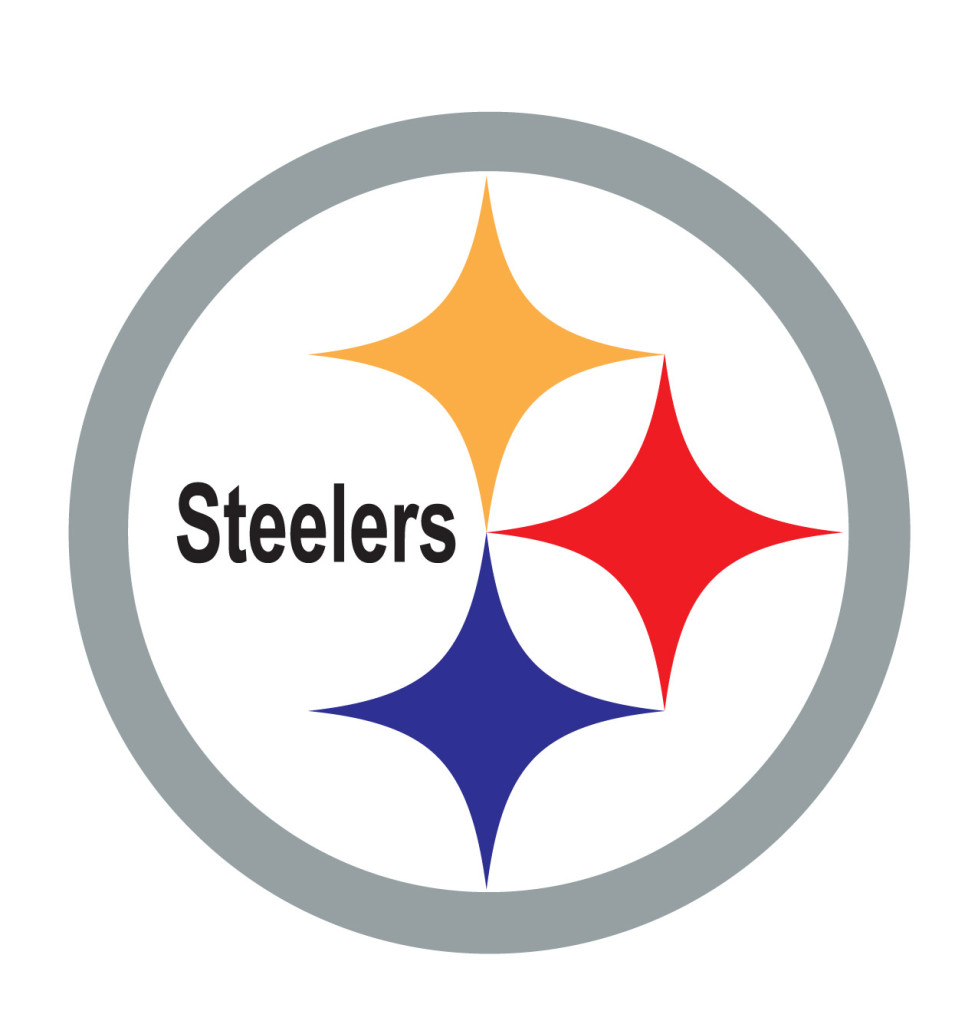 As they have entered their Week 9 bye, the Steelers have finished the first half of the year at 6-2.

Le’Veon Bell, All Pro running back, has been just what the Steelers needed from him as of late.  After holding out all of the preseason, Bell struggled in his first few games but is back and better than he’s ever been.  He is averaging just under one hundred all-purpose yards a game, having big games rushing in the biggest games of the year so far against the Ravens, Bengals, and the then 5-0 Chiefs.

These performances from Bell are much needed due to the fact that Ben Roethlisberger isn’t “Ben Roethlisberger” right now.  Big Ben does not seem like himself some of the time, not connecting on passes he usually does, or sometimes forcing the ball to Antonio Brown when he doesn’t need to.  Aside from his five-interception game against Jacksonville, Ben has done very well coming off an offseason where he considered retirement.  As would be the case for anyone, Roethlisberger’s stats look much improved without the five-interception game, but that is the honest truth.  With his five-pick game against Jacksonville, Ben has one more touchdown than interception at 10 TD’s and 9 interceptions.  Without that game he could be looking at 10 TD’s and only 4 interceptions, which makes a world of difference.

The receiver who has caught almost half of those touchdowns, four to be exact, would be rookie standout Juju Smith-Schuster. This includes the 97 yard touchdown reception against the Detroit Lions in Week 8, helping him win AFC player of the week.  Smith-Schuster, in his first eight career games, has 424 receiving yards on 24 receptions and as said earlier, 4 TD’s.  Yet, aside from his stellar performance on the field, Smith-Schuster is receiving an abundance of attention for both his end zone celebrations and his bike, which got stolen.  Juju, who is fresh out of college at 20 years of age, does not have his driver’s license which is why he bought a bike.  He uses this as his transportation around the city and from his apartment to the practice facility every day.  Smith-Schuster “blew up” on the internet and social media after his bike was stolen and tweeted out the hashtag “#TeamFindJujusBike”.  This tweet would get immediate attention and soon go viral. 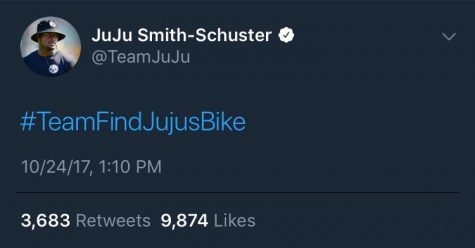 A little over twenty-four hours after the tweet was sent out, Juju’s bike was found and returned to him. Which is when Smith-Schuster then tweeted out: 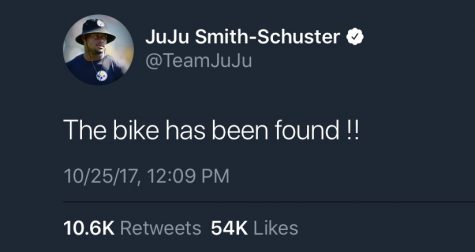 Pittsburgh’s only blunders on the season include losing to both the Jacksonville Jaguars and Chicago Bears.  As has been the case with the Steelers, since Mike Tomlin has taken over this team, they have had trouble beating teams below .500.  Not only the teams below .500 but teams they should be beating.  It almost gives off a feel as if they go into the game knowing there’s no way they could lose and they play lackadaisical.

Through nine weeks of the NFL season, the Steelers are tied for the number one overall seed with the New England Patriots at 6-2.  Hopefully this will be the year the Steelers can slay the giant of Brady and Belichick and win the seventh Super Bowl in franchise history. As things are looking right now, there is the possibility of having the “Pennsylvania Bowl”, where the Steelers would play the Philadelphia Eagles (7-2 in NFC) in Super Bowl 52.