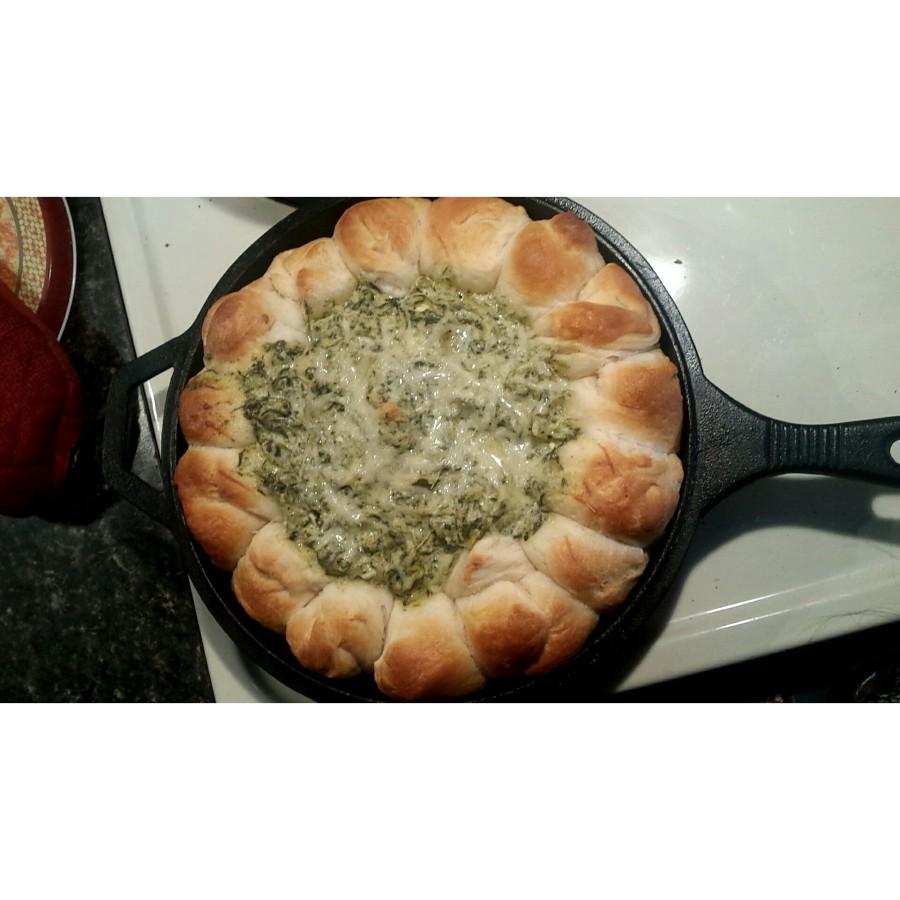 Since 2006, Buzzfeed has been a widely known internet empire. Buzzfeed has covered everything between teaching  parents how to to dance, exposing models without their makeup, and the most relatively popular, food tutorials.

These tutorials are covered under a branch of Buzzfeed called Tasty. Tasty videos typically consist of a minutes worth of mouth watering food envy.

These videos have recently blown up all over social media. It’s almost impossible to scroll through Facebook, especially, without watching at least five Tasty tutorials. With today’s fast paced lifestyle, humans need meals that are equally as fast, and Tasty seems to offer plenty of meal ideas with actual substance.

To really put these tutorials to the test I recruited my boyfriend to help me out. Really, we should be the next detectives on an Episode of Mythbusters. Could these recipes really be that easy? Is it really that quick? Could my lack of cooking skills really produce something that aesthetically pleasing? The answer to the last question was an obvious “no” even before we started the experiment.

We both weren’t really sure what to expect but we were prepared for the worst. The dishes in the video always seem perfect, and we weren’t about to make any bets over our own product.

After scrolling through the Tasty pages on Instagram and Facebook for over an hour, we decided on the pull apart spin-dip dish. Sorry peanut butter cheesecake, you looked great, but even we know our limits.

Although the recipes seem simple, the ingredients tend to be the biggest obstacle.   A lot of the ingredients were things that we either didn’t have or were conveniently out of. So in the nine degree Cranberry weather we dashed to the nearest grocery store and bought all of the necessary ingredients.

Diving into the process, the first hotspot we encountered was getting all the ingredients gathered in their precise measurements. The second was my thumb brushing the scorching cast iron pot. I’m still not quite sure how to measure out an exact cup and a half of artichoke hearts, and it was especially hard with an ouchy thumb. Another word to the wise, your ingredients probably won’t look as healthy or lively as the ones shown in the videos. Yet another set of unrealistic standards for us to live up to today.

During the entire adventure I posted step by step updates on my snapchat story. Although, I’m pretty sure everyone’s reactions were something like “omg Alliha what are you even making” or “omg Alliha grow up and buy some real Tupperware. You’re not supposed to keep the Chinese takeout containers”.

To keep it short, the making of the food was really and actually that simple. We rolled dinner biscuit dough into balls and mixed up all the different cheeses and spices.

Then we arranged the dough balls in a circle around the pan like the video expressed. We recommend buying two cans of dough.The next step was to add the dip into the center of the pan. Afterwards we set the timer for twenty five minutes and awaited the time.

When we returned to the oven, we found that twenty five minutes was exactly enough time for the spin-dip to cook to perfection. We were both pleased that the batch left us with a pretty good bread to dip ratio. Also to our surprise, our product looked pretty appetizing. We rated it a solid seven on a scale of one to ten, ten being the dip from the original Tasty video.

The overall experience was  fun. The smell and the look of the uncooked mix was a little unsettling at first, but everything turned out okay. It was a good time and less painful than we anticipated.

Buzzfeed’s Tasty page has plenty of videos that can be utilized or altered for any holiday or special occasion. I encourage everyone to grab a friend or loved one and try out a tutorial in their free time.