Kenya Mall Terror: Could it Happen to Us? 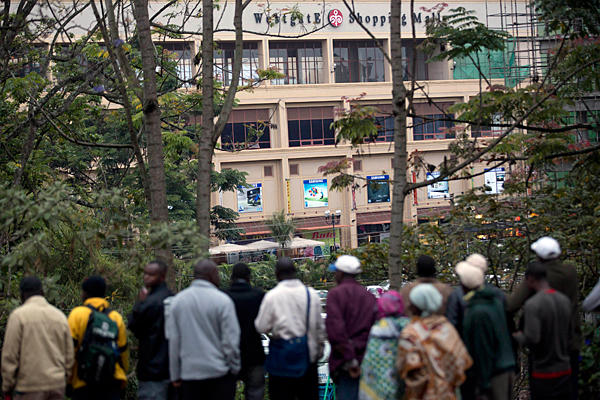 The terrorist attacks in Kenya affected the world in such a way that it arose a burning question: can a similar attack happen here in the United States?

On a calm Sunday morning, around noon, innocent shoppers heard the deafening gunshots echo thorough the Nairobi mall. Immediately, people entered a chaos mode and they fled to safety as blood splattered the walls and floors of the mall. Currently, the death toll from the terroristic attacks is at a gruesome 68 people, also 175 wounded, and 10 hostages were taken.

This attack should make America more cautious and think about boosting security in public places, such as malls, hotels, and restaurants.

“Yes, these events sometimes trigger wake-up calls, which is probably a good thing,” said Bill Nesbitt, president of California’s Security Management Services International, Inc. told Fox News. “I don’t think it’s irrational to crank up security in the wake of this. How many times do you hear something happen and people say, ‘We saw the signs, we would’ve, we could’ve, we should’ve?’ People need to be more aware.”

Kenyan authorities have said 10 to 15 attackers were believed to be involved. Some of them are dead, inside the rubble of the partially collapsed mall. It is said that five terrorists had been killed by Kenyan forces and 11 people were in custody. However, it was not clear if all the attackers had been accounted for, or if some may have been able to slip out while people were panicked and running for their lives.

Even though America hasn’t witnessed serious terrorist attacks, apart from 9/11, many are still very worried and cautious after these recent attacks in Kenya. Also, some hope that the government will take action where needed, as soon as possible.

“You’re going to see increased security in the malls today, tomorrow and certainly for the upcoming Christmas season,”, said John Comiskey to  reporter Todd B. Bates of USA Today.

More visible security, not metal detectors, is the best ways against stopping terrorist attacks at shopping malls. But, after it all, malls remain easy targets because they are built to be open with many entrances and easy access in and out of the building.

Metal detectors are an easy way of telling people that there is something of value inside, which intrigues criminals. This technique may work to keep out some but not all. Also, some customers may be turned off by the use of metal detectors saying that the government is involved too much.

So in the end, and after reviewing some facts it is very possible to have attacks like the one in Kenya, however it is very unlikely with the high security in the United States.