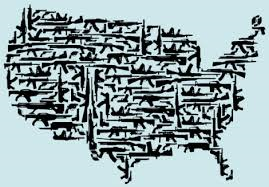 Gun control is indeed an issue, but there are many surprising statistics people are unaware of.

There may seem to be a ton more shootings and gun control issues today than ever. However, according to an FBI report, homicide rates for 2013 and 2014 were the lowest in fifty years. Media and smartphones have brought the gun control issue to the forefront of the American public due to the often used cameras and the ability for information to quickly spread around the globe.

A 2007 Switzerland Company did a Small Arms Survey and found that the United States’ civilians own around two-hundred and seventy million firearms. That puts them first in the world for firearms per capita. Also, that’s more weapons than the population of Indonesia which is the fourth largest nation in the world.

Another FBI report stated that seven in ten shootings take place in schools or businesses. Examples would be the tragic Sandy Hook Elementary shooting, where twenty students and six teachers were killed. The more recent San Bernardino shooting took place during a company’s holiday party and was claimed to be planned by ISIS. They studied the most commonly used firearms in shootings as there is a nationwide discussion to ban the use of AR-15 rifles.  However, the FBI found that handguns kill twenty times more people than rifles and eighteen times more than shotguns. Handguns are much easier to afford and easier to acquire. The reasons AR-15’s are the common perpetrator is because they are used in many mass shootings that occur every now and then.

In the same report, the FBI also studied one-hundred and sixty shootings that took place from 2000-2013. They found that in sixty-four (40%) of the cases, the shooter committed suicide.

There are many in this nation that believe “terrorism” (it’s hard to define terrorism these days) is the issue, because of the many recent incidents involving terrorist groups such as ISIS.  They link their complaints to the Muslim terror groups in the Middle East such as ISIS, leading many of these individuals to build a distrust and hatred towards all Muslims. In reality, sixty-seven percent of Muslims are against extremist groups. This according to a poll that was done in nations with large Islamic populations.

However, there are possibilities to hinder gun violence. In 1995, Connecticut created a law that made individuals looking to purchase a firearm have to apply for a license. In order to acquire the license, that person has to go through an extensive background check done by their local police and they also must be twenty-one years old, instead of eighteen. This law has helped the state drop the number of shootings by forty percent since 1995.

A few days ago, Obama held a conference with families who have been victimized by shootings. There he called for “a sense of urgency” on the American public and announced his Executive Actions on the gun control issue. He also hammered gun lobby’s such as the NRA (National Rifle Association) and insisted on deeper, more intensive background checks for small weapons dealers and gun dealers in general. Obama got very emotional during his speech as he had parents and family members of individuals killed at the Sandy Hook shooting three years ago.

In the end, something needs to be done about the violence in America. As a nation, we need to come up with a way to hinder violence and come together. As our leader said, “we can’t stop every act of violence” but we can try.