On the evening of May 1st, seniors of the boys volleyball team were honored to a packed gymnasium as their JV teammates cheered them on. That game was one of the last home games the seniors would have in their lives. it would be up against section rivals, the Shaler Titans. The Titans took the first set of the five set match. However, the Raiders were able to comeback and win the next three sets to win the match 3-1. After the math, the team celebrated their victory with some refreshments, including cupcakes with toppers that were pictures of all the seniors. 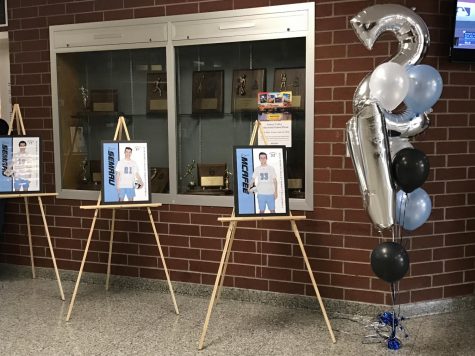