150 years since the Gettysburg Address

Anniversary of Celebrated Speech Recognized Across the Country 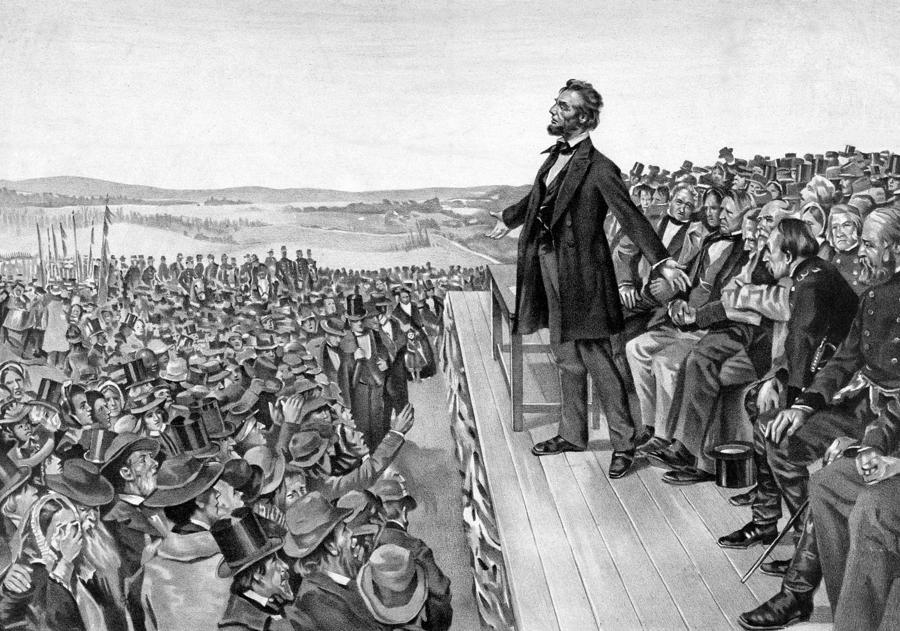 Seven score and ten years ago, Abraham Lincoln made the famous Gettysburg Address. This year is the 150th anniversary of that renown speech. Many Americans gathered in Gettysburg to celebrate the anniversary.

Only five months after the Civil War, President Lincoln made a speech honoring all those who died, were wounded, or missing in action. There were about 15,000 people who came to listen to Lincoln’s speech. Opening for him was Edward Everett, who made a two hour speech that no one remembers. Lincoln, however, spoke for two minutes with a total of 272 words, and his speech has become one of the most memorable in American history.

Lincoln lifted American spirits by making sense of the sacrifice and loss of the war, but also using the Civil War devastation as motivation to keep the nation moving forward and recovering. The Civil War was one of the bloodiest wars in United States’ history and without Lincoln’s encouragement, the nation may have fallen into a depression.

On Tuesday, thousands gathered at a central Pennsylvania battlefield park to honor a speech that President Abraham Lincoln predicted would not be long remembered. However, the complete opposite of what Lincoln predicted happened. America uses his speech as a model that can be applied to today’s issues in society as well. These inspiring words helped America though the Civil War and will always be the most famous speech of all time.

The same words Lincoln spoke were said again on Tuesday as a reenactment of the Gettysburg Address occurred. Many people came to solemnly look back on the past and to reminisce on a man that shaped America.

At Gettysburg on Tuesday, there were many activities celebrating the 150th anniversary. These activities included many tours of the battle grounds and inside the museum, and remembrance activities. Also, many movies were shown and stories were told to contribute to the celebration.

Abraham Lincoln changed America more than he would have ever guessed. What he thought was a short unimportant talk written on the back of an envelope, became one of the most famous speeches in American history.  Now 150 years later, the United States is celebrating his famous speech that touched the hearts of many Americans. The fame of this speech will grow as the nation develops even more and will always be looked at as what brought America back together after the Civil War.