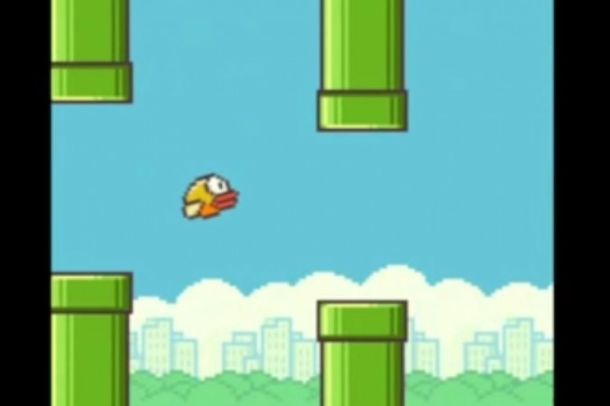 The addictive iPhone and Android game “Flappy Bird” has flown out of the App Store and has left people wondering why and if it will come back.

On Saturday, February 8, the creator of “Flappy Bird” announced that the popular game will be taken off the App Store. Dong Nguyen, a Vietnamese developer with a studio called DotGears, tweeted the day before he deleted the game off the App Store that, “he cannot take it anymore”.

This highly addictive game includes simple features. There is a little bird that is controlled by the played by a series of taps. The bird’s job is to get through green pipes, similar to ones seen in Super Mario Bros. The score adds one point for every pipe cleared. There is no score limit, Flappy just keeps on flying. The bird continues its flight until it crashes into a pipe or barely nicks it; this is what keeps players coming in for more.

With scores ranging from 0-200 the anger and excitement fuels players wanted to desperately beat their high score. The competition aspect is very high which causes players to have strong emotions towards the little Flappy Bird. Players have deleted and re-downloaded the app countless times out or rage and then feeling lucky the second time around. However, for players who deleted the app and did not download it by the 9th of February are out of luck.

Since “Flappy Bird” was deleted from the App Store, it is unable to be downloaded again on any device that does not already have the game loaded on to it. However, those devices that do have “Flappy Bird” on it are free to play the game all they want, it’s those few unlucky ones who are never going to feel the rush of beating their high score.

People have gone crazy without “Flappy Bird”. The expression, “It’s worth more when it’s gone” really comes into play here. There are devices on EBay that have “Flappy Bird” downloaded onto it that are going for huge sums of money. The app was free to download but now since it’s gone, people feel the need to use this as an excuse to get money.

Nguyen told Chocolate Lab Apps he created the game in two to three days and says he did not promote the app in any way after its release. In a series of Twitter posts Saturday, he said he wouldn’t sell “Flappy Bird” and would continue to make games.

“It is not anything related to legal issues,” he said. “I just cannot keep it anymore.”

Those who have not downloaded “Flappy Bird” are stuck playing on other people’s devices, however they should never lose hope that one day, somehow, “Flappy Bird” will be resurrected.