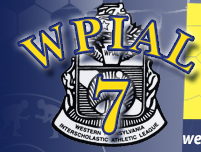 The Seneca Valley boys’ and girls’ basketball teams have reached the WPIAL Playoffs; this is the first time the girls have done so in nine years.

The boys clinched a berth into the playoffs on Friday, January 31, in a double overtime win against Pine Richland.  They finished the season with a winning record at 12-10, which was good enough for the number ten seed in the postseason tournament.  They will face off against the number seven seed Franklin Regional at Plum on Saturday at 1:30 P.M.  The game will be broadcasted on MSA Sports Network.

The girls’ trip to the playoffs did not come with ease.  The Lady Raiders waited nine years to make another appearance in the WPIAL playoffs and a year of hard work has definitely paid off.  They finished the season with a solid record of 10-12, and earned the number thirteen seed in the playoffs.  They will take on the 16-5 Bethel Park Black Hawks on Tuesday at a to be determined location and time, and that game will also be on MSA Sports.

The spirits of the teams are very high going into competition in the upcoming days.  The girls, as one would expect, are just happy to have made it to this point.  “This is the first time we’ve made the playoffs in nine years,” says senior Abbie Trzeciak.  “It’s cool just to make it.  Winning would definitely be a nice bonus.”

The boys are coming in to the playoffs with a bit of a chip on their shoulder and a lot of motivation after their 71-46 semifinal loss to New Castle.  “We would really like to match last year,” says senior Josh Bauer.  “We’re the underdogs again and we would love to prove everyone wrong.”

Both teams are underdogs in their games, as neither made the top eight in the WPIAL.  However, it has been a year of ups and downs for both teams and there is no reason to say that an up is out of the question for the playoffs.  The boys put up a really good fight in two games against number three seed North Allegheny and showed a lot of potential in those games.  Bauer has had an impressive senior year, and so have Matt Darby and Mike Smith.

Spirits are high and nobody knows quite what to expect from the Seneca Valley basketball program in these playoffs, but anything can happen and hopefully the Raiders can get themselves back on the map.