A Student Taking Up Boxing 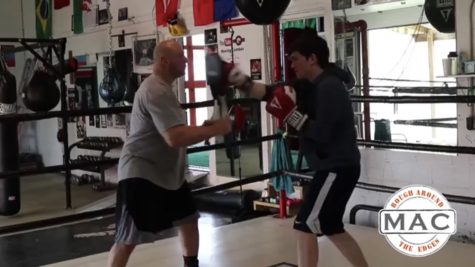 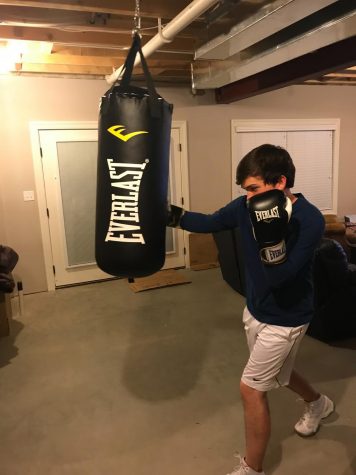 The student who is pictured above has decided to learn the skill of boxing for his Senior Project. When first deciding what he will do for his project he though about job shadowing his next door neighbor which didn’t work out as planned. Next the idea of running a half marathon was given thought but after thinking about it some more he finally came up with the project idea of taking boxing lessons and learning how to box. The first steps in this process were finding a near by gym. A boxing and fitness gym was found in Wexford about fifteen minutes away from the student pictured above, it is called Mac Gym. He next scheduled his first lesson with the head trainer, Joe. In the first lesson Joe taught him the basic fundamentals of boxing, which included the types of punches that are thrown for example a 1 being a left jab or a 6 being a right hook. Joe had him throw each punch 1-6, about three times to have him get a feel for the movement of throwing punches and to memorize which punch is which. The next lesson, the new student to boxing was taught the footwork of the sport. This contained a footwork drill using a footwork ladder, and another drill throwing one-two combos while stepping either forward, back, and left to right. The handsome young man would take home what he learned and practice very frequently on his own time so he could get the skills down and improve for his project. At the beginning of the third lesson, defensive movements were introduced such as either ducking under or slipping a punch. Everything his mentor taught him all came together when the two would practice the “WAR” Combo, which is a series of combinations (jabs and hooks) combined with rolling under the pads or slipping the pads as if they were punches. The student can now say he has mastered the basics of boxing in order to reach his goal in having a successful project.